Thinking fast, engineering efficiently, and building promptly: it’s much about the pace in areas such as the car industry. Yet now and again is the time to gather, share insights and cast an eye on the future. That’s why we regularly organize manufacturer days: a way for us to expose our specific strategies for each OEM (Original Equipment Manufacturer), inform on the clients aims and needs, and allow the operators to see the bigger picture.

The ARaymond* Volkswagen manufacturer days, which took place at the ARaymond Bremgarten plant in Germany in April, confirmed the importance of such moments. We’ve interviewed Miguel Reinares Martínez (on the right on the picture), experimentation engineer at Volkswagen, Responsible for part releases regarding SCR filling and venting QC applications, to tell us more about the days and how he felt about the event. 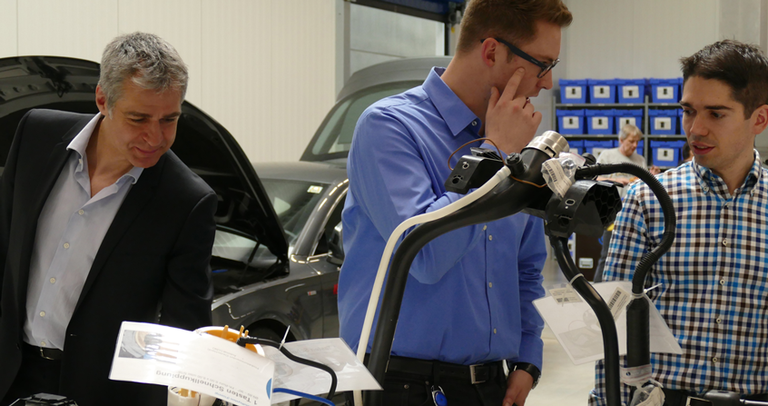 How long have you been collaborating with ARaymond™ Quick Connectors?

I’ve been working with ARaymond™ Quick Connectors since mid-2014, when Volkswagen was at the stage of finishing the testing of the first QCs that were needed on our project. So right before it was released internally that Volkswagen would integrate these ARaymond™ QC in their vehicles.

The ARaymond Volkswagen partnership is a longstanding one, with more than 20 years of collaboration. Would you talk of a "partnership of innovation "?

I couldn’t phrase it better! When I got on the project, I was impressed by the different solutions already available, those that were shown during these ARaymond Volkswagen manufacturer days. I was also impressed by ARaymond ability to answer specific requests. For example last week I sent specifications, expectations for these manufacturers’ days about some specific QC and within a week I got to see some samples. I could touch them. I could try them. We could discuss about it. It is different from only seeing parts on your computer screen and that makes a big difference in efficient innovation processes.

What are the ARaymond "innovation" assets?

ARaymond is a partner who thinks ahead, who comes with a knowledge of what to do in specific situations. I was surprised at how proactive and reactive they were when it came to adding a new product line, taking part in a new development, or putting in place some new technology…

Innovation is also about the way a project is managed: we got lots of valuable recommendations from ARaymond, who made, for example, convincing proposals on how to test parts… 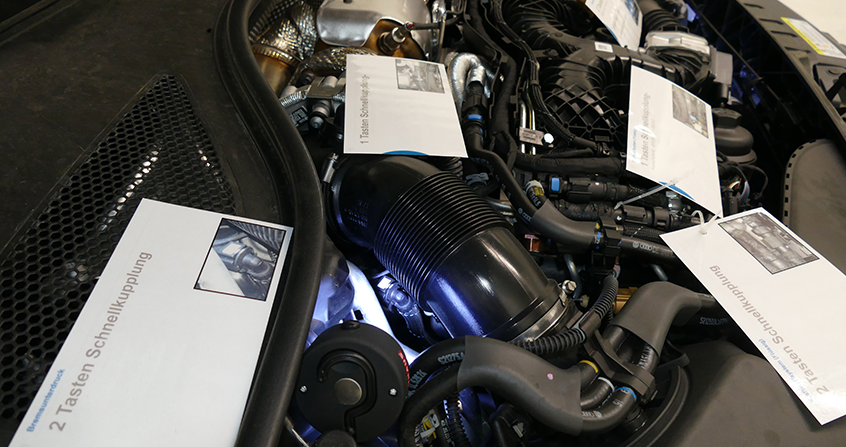 What benefits have you drawn from this manufacturer day?

Well first it’s great to be in touch with your partner personally, you get to exchange even more. I enjoyed the way the partner described its own relation with its own company and the way the operators fell toward their own company! You could tell it went beyond the question of “having a job”, there are real values bringing them together.

From a more technical point, it was interesting to understand how ARaymond™ parts are related to Volkswagen fuel parts through an interesting presentation.

What did you think of the visit of the factory?

I have to say I was impressed by ARaymond standards. It was very enjoyable to be able to visit the factory and also quite impressive: I was surprised to see how highly automated the QC lines are and to discover the precision of the camera check. I really appreciate the quality control as well as the human side of ARaymond.

Would you be interested in participating in another event of this kind?

This was a great initiative, so definitely, yes. Such events are important for two reasons. First it’s feels important that ARaymond operators can relate to the final destination of their products, and then events like this one really allow us to know ARaymond in a new way: the factory, the new products, the workforce…

* "ARaymond" means in this article A. RAYMOND GmbH & Co. KG - Teichstrasse 57 - 79539 Lörrach - GERMANY (Registered N°: Freiburg i.Br. HRA 411117) and RAYCONNECT INTERNATIONAL SAS - Max-Immelmann- Allee 25 - 79427 Eschbach/Breisgau - GERMANY (Registered N°: Freiburg HRB 700420) that are the editors of this Article and are responsible for this Article and that have a license of use of trademark.
ARAYMOND™ is used as a trademark.