Most of the two-wheeler manufacturers attending the Eicma Exhibition in Milan use the ARaymond™ range of Quick Connectors. The tightening of European anti-pollution measures should stimulate demand in the future, particularly in the Asian market.

Eicma, the largest European motorcycle exhibition, was held in Milan from 5 to 7 November 2013. With its 135,000m2 surface area, 1,000 exhibitors, and 35 countries represented, Eicma offers two-wheeler manufacturers worldwide an exceptional showcasing opportunity. An observation made by Jacques Boyer, a designer at Rayconnect* attending the exhibition for the automotive industry, was that more than half of the designs on show at the stands contained ARaymond™ Quick Connectors.

Manufacturer demand has been on the rise since 2007 with the Euro 3 anti-pollution standards coming into force, advocating the fitting of fuel-injected engines. For two-wheelers, between two and four connectors ensure a strong link between the tank and the injectors. With a 7.89mm diameter, they are identical to those fitted on cars.

The use of ARaymond™ products by most motorcycle manufacturers reflects the historic partnership between the ARaymond Network** and the automotive industry as well as its position as the worldwide leader owing to its innovative systems designed for fuel systems: QCs with one or two buttons, with or without a valve, and with a double lock (RayLOCK® Double Lock).

The application of new anti-pollution standards from 2016 for motorcycles and 2017 for mopeds suggests significant commercial potential, particularly in the Asian region. In this light, the ARaymond Network has already conducted a study on the low-cost Asian market, and has developed a new product with a smaller diameter (6.30mm) tailored for small cylinders fitted with fuel-injected engines, providing particularly interesting prospects for the years to come. 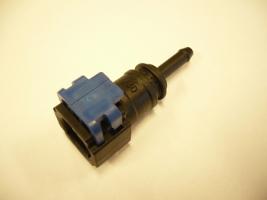 *In this article, "Rayconnect" refers to RAYCONNECT INTERNATIONAL SASU (Simplified Sole Shareholder Company) - France (Registered number: RCS (Commerce and Business Registry) Grenoble 490195690), an independent company within the ARaymond Network
**In this article, “ARaymond Network” refers to a network of independent companies holding a license to use a registered trademark.
ARAYMOND™ is used as a registered trademark