What will tomorrow's fuel connectors look like? An example with the FlagLOCK®

OEMs know this for a fact: the more you look at the small parts, the further you can take cost optimization. As this is becoming more obvious, engineers are increasingly paying attention to parts such as fuel connectors. What do they see? That connectors designed differently can make a solid difference, in particular when it comes to assembly quality.
A couple years ago,  in order to improve  fuel connectivity along those lines, ARaymond* came up with an answer, the FlagLOCK® design. The idea? Making operations on the assembly line more reliable, more cost effective, and faster. 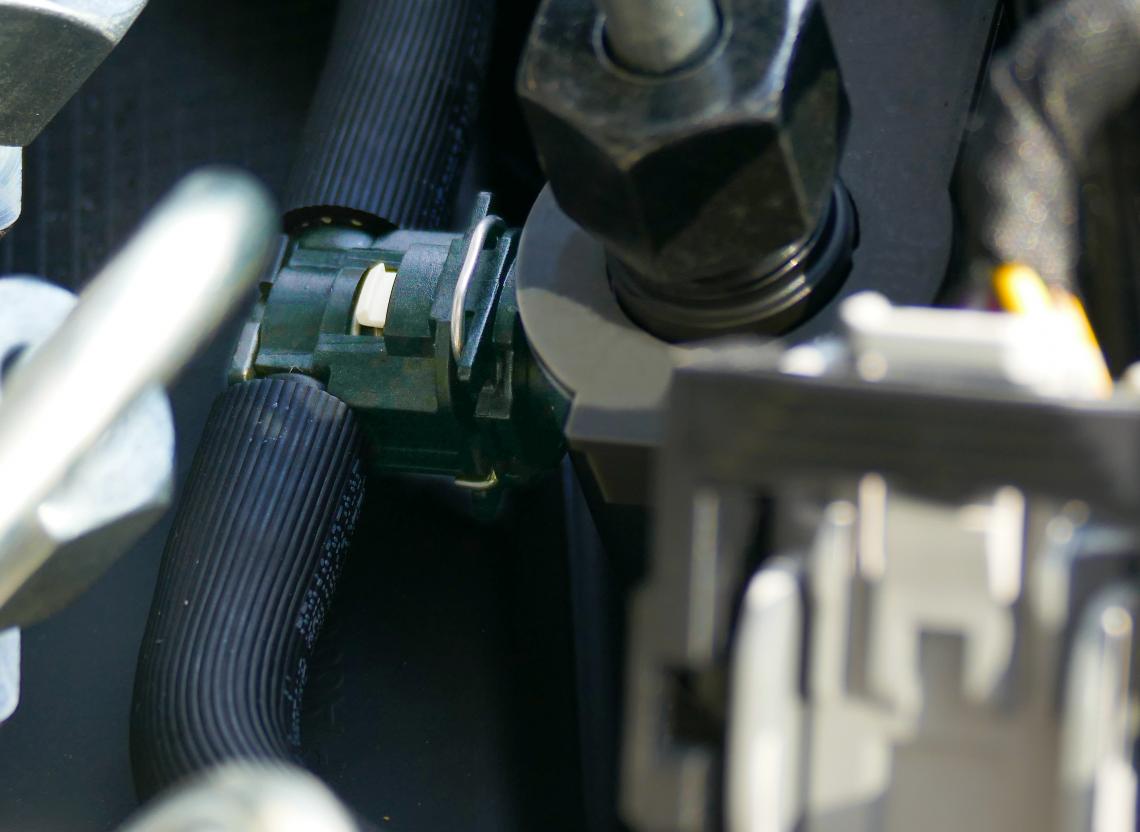 Appraised by the automotive industry, the fuel connector features allows tool-free assembly, with a simple push. It also gives visual confirmation of successful assembly:  a white flag which appears only when the connector is successfully locked in place, thus offering better security check.
On some of the parts (FlagLOCK® QC 2 ways and  FlagLOCK® QC 3 way fir tree 4.5x6.), the increased quality of assembly goes even further: the connector will automatically pop out if not clipped properly onto the injector therefore suppressing the possibility of wrong assembly.
Naturally, it isn’t just about assembly, it is about disassembly too. With a smart tool-free mechanism, this process too is made faster, making any maintenance operation easier and less costly.

Performance and gain of place

As it was designed with compactness and lightness in mind, the FlagLOCK® also scores high in terms of gain of place and weight, whether it’s used on a 3, 4 or 6 cylinder engine.
The FlagLOCK® was designed for specific injectors on the fuel line in diesel engines and is compatible with a wide array of diesel fuel types, from EN590 standard diesel to biodiesels such as 30 % Diester®.
It is suitable for ongoing service temperature ranging from -30°C to +150°C with pikes around 170°C, while the pressure ranges stretch from 0.7 bar to 6.34 bars. With an insertion force under 45 N those connectors are very easy to connect too

Such performances are in part made possible by the materials chosen. The part is made of PPA type plastics and fluorocarbon FKM-GLT seals.
The PPA is a conductive one and it is combined with carbon fibers, allowing it to evacuate static electricity due to fluid transit in the fuel line, thereby operating as a grounding conductor for the line.
As for the seal, fluorocarbon FKM-GLT can undergo strong temperature drops, unlike standard FKMs, and allows for the use of a single seal instead of two, thus improving the compactness of the part.
The part also offers great compatibility and chemical resistance to external fluids such as engine oil or gearbox oil, all of the different fluids which are generally inscribed in automotive specifications

The FlagLOCK® meets the criteria set by the SAE Recommended Practice J1645 and will be validated according to the SAE J2044 Recommended Practices.
Lifecycle tests include vibration cycles (1 Hz to 500 Hz), pulsating pressure and temperature. The part was also designed with specific mechanical validations in mind, namely a 45N push-in force  and a 450N tear-off resistance.

Depending on the OEM’s technical specifications, ergonomic needs and vehicle environment, the design can be declined on tailored parts.
Approached by its engineers to come up with an even more compact solution that would keep the no-tool feature, ARaymond developed a smaller part to allow an American car manufacturer to make substantial cost optimization on fuel connectivity.
While the overall compactness and no-tool features are the essence of the design, parameters as diverse as orientation, material, temperature resistance, crash test resistance or even biodiesel fuel compatibility can be modified to answer specific client needs.

Other solutions around the FlagLOCK®

Once they have tasted tool-free and ease of assembly or disassembly, OEMs tend to take a liking for its benefits. ARaymond develops an array of added-value solutions to extend them to all connectors and fasteners, such as tool-free shutter valve connectors.

* ARaymond, in this article referring to the companies ("Companies") listed to the following link http://connecting.araymond-automotive.com/fr/contact/, is the editor of this Article and is responsible for this Article